For Gideon | Babymoon: Saying Both Goodbye and Hello to Asia
15780
post-template-default,single,single-post,postid-15780,single-format-standard,ajax_fade,page_not_loaded,,qode-theme-ver-10.1.1,wpb-js-composer js-comp-ver-5.0.1,vc_responsive

Babymoon: Saying Both Goodbye and Hello to Asia 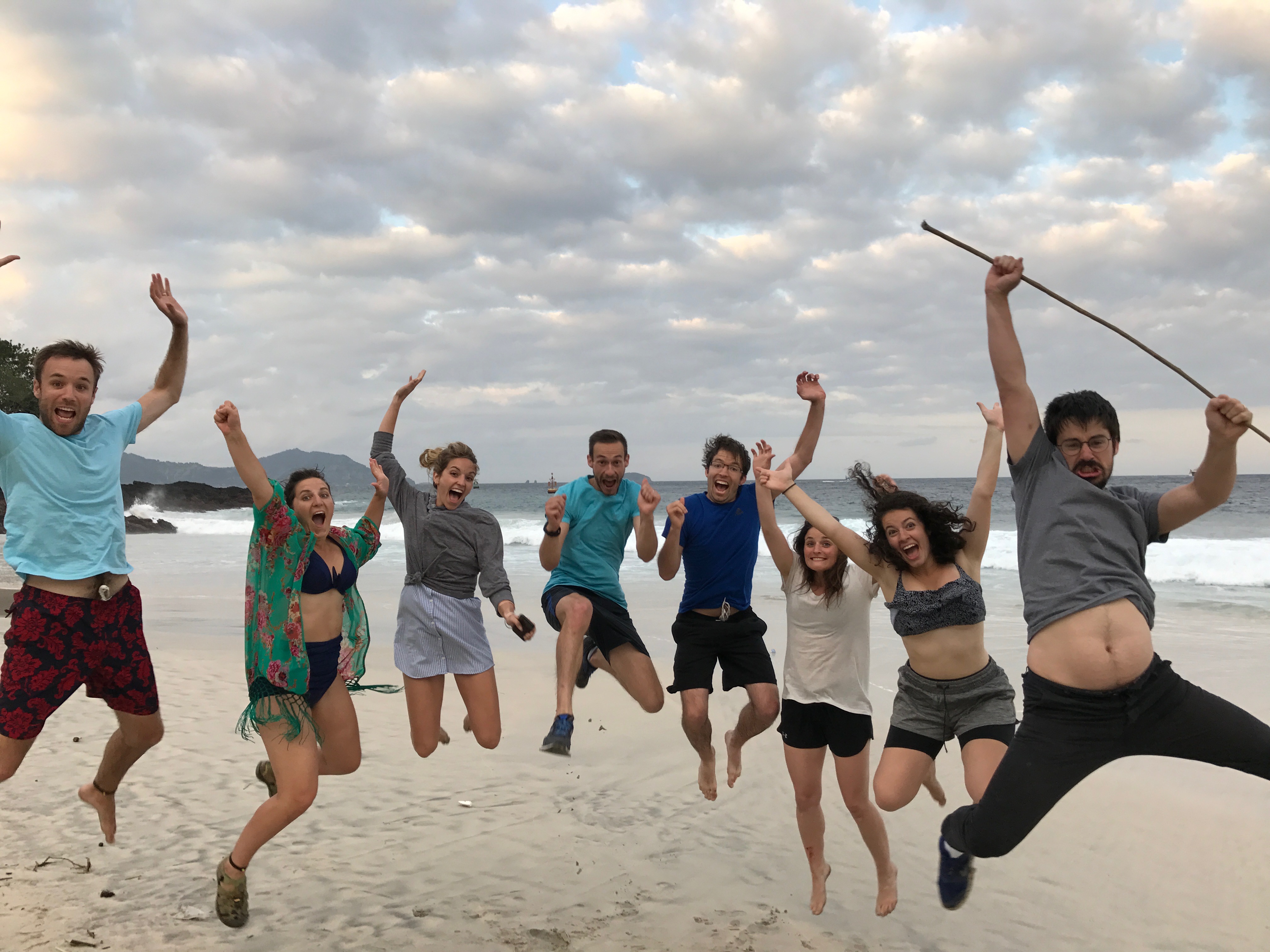 05 Sep Babymoon: Saying Both Goodbye and Hello to Asia

We planned this trip eleven months ago, long before we started the adoption process. We had no idea we would be on the path to parenthood when we left the country, and we had no idea we would be adventuring on the same side of the world as our son, who would already have a name and a face and a story. When we realized we would be making three trips to Asia over the next 6 to 8 months, I initially thought it was really terrible timing. On this side of our Babymoon, I now see it was perfect timing, because so many of the things we experienced have prepared us to bring home our Gideon. The timeline for our adoption is accelerating, and our time to read parenting books or learn how to cook Korean food is dwindling, so our 15 days in Asia were absolutely precious to us. Because in that time, we learned that preparing our hearts for our little guy is not so much about how much we know or memorize or plan for, it’s how we are learning to learn from people – learning about cultures, about empathy, about this strange way that humans are so different and yet so very much the same. 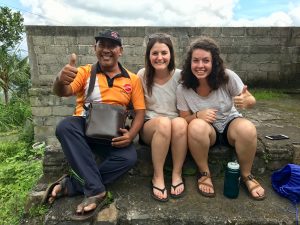 During our time in Asia, we learned the beauty of different cultures and the paradox of being both totally out of place and completely welcome all at once. We became grateful for smiles and enthusiastic bids for connection – however broken the English or how potentially awkward the situation could have been. We learned to eat things without asking what they were. We learned that people might do things differently from us and things may not go as planned – especially with all of our Southeast Asian medical adventures – but we can roll with them and learn from them and grow from them. 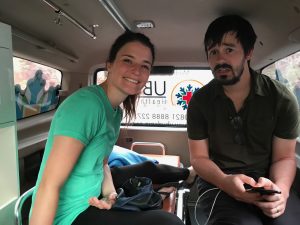 Despite all the culture shock, I am so thankful for every single one of the struggles and being about a mile outside of my comfort zone the whole time we were out of the country, because in a few short months we’ll be parents to a little boy coming from a culture all his own. From day one of our Babymoon we were thrown headfirst into new cultures, and we were forced to try to communicate and empathize as best as we could. Humans have this innate desire to connect and have this profound way of connecting, despite language barriers or cultural barriers, and that truth will only become more real to us. Gideon’s foster family doesn’t speak English, which means he won’t either. We’ll be dependent for a time on this profound human ability to connect, and it will be our job forever to help him bridge his “old culture” with his “new culture” without losing either. 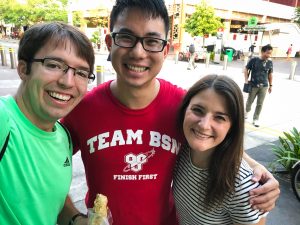 We also learned just how different our worldview is from, well, the rest of the world. Racism is prevalent everywhere, which certainly doesn’t make it right, but I guess I just never thought about it outside of the American landscape. In Malaysia, everyone just kind of accepts it for what it is and goes on with life. It’s different than our story in America, but also very much the same. I didn’t fully realize how much I despise the American media until I was away from the sensationalism and propaganda for 15 “blissfully ignorant” days. We like to think of other people groups being brainwashed by media, but we forget about the constant barrage of opinions presented as facts right here in our country too. Our values and our religion are different from much of the rest of the world. We love Jesus. We live in a country that is losing sight of the truth, but at the end of the day, we are still free to worship Jesus. And we are even more grateful for that now. 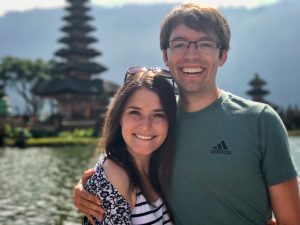 We learned that our expectations are different from the rest of the world. We use toilet paper. We don’t use squatty potties. People value personal space here in America, a sense of “this is mine” and “that is yours,” and we discovered an entitlement we didn’t think we had, but we actually do. Like I found my blood pressure rising when the airport counter didn’t open until two hours before the flight left, and I was confused why certain things were just so dang “inefficient,” because I live in America where efficiency is king (but also where heart disease and high blood pressure are rampant, go figure). 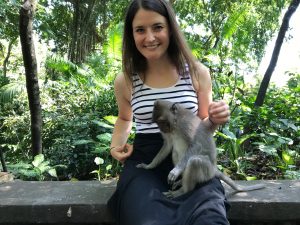 We learned to take risks. I jumped off a freaking waterfall, for heaven’s sake, something I swore I would never do. We had to face fears, we had to leap into the deep end (literally and figuratively), we had to stretch and grow, to be okay with the known and the unknown. In so many ways, jumping off that waterfall brought a new freedom and a new perspective in these last days before Gideon gets here, when everything we know about being a family of 2 will be rocked in the best of ways. 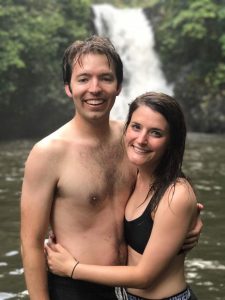 We obviously traveled to the other side of the world with six other people: three of Brian’s best friends and “the Wilmore wives.” We’ve all had a huge impact on each other’s lives, and yet we discovered so many things we didn’t know about each other throughout the long plane rides and car rides and late nights at the AirBNB. When you have 15 days in a foreign country together, you see how other couples interact, how people respond to certain situations, how we are all equipped with different strengths and fears and talents.  You realize how different our stories have become, even though Brian, Zach, Josh, and Lyman all started in basically the same place, as friends at the same school in the same town with much the same sort of values and families and interests. God takes us all on very different paths, but the way they all intersect is so fun and makes life truly fulfilling. No matter how many directions we go or how far we roam, the common thread of our past stories and our future hope in Jesus will always bring us back together again. 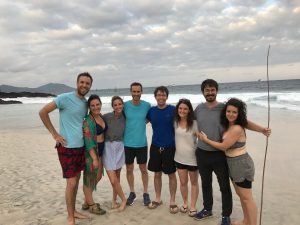 Traveling that long in cultures so different from ours also made us so very thankful for exactly the story we’re living, Brian and me. We live in a house we love, in a community with love, attend a church we love, are surrounded by people we love. We aren’t wealthy compared to the rest of the county we live in, but compared to some of the places we traveled, we are literally millionaires. We’re thankful for the values that have been instilled in our hearts by families who loved us fiercely, and we’re thankful that in a few short months we are adding a little buddy to the wonderful tribe of people who still love us so fiercely. And who are committed to making sure both of his cultures are represented throughout his life. 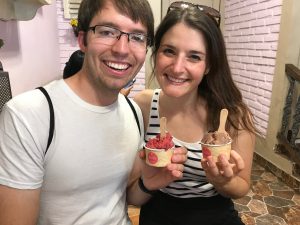 Yes, in so many ways we are thankful for this trip. What started out as a “last hurrah” with six of our friends to usher out this particular stage of our young adult lives has also become a “first hurrah” to usher in a brand new stage of life, a life that includes two cultures, two probably naïve but excited parents, and one precious little boy. A precious little boy who is so loved and so close to being HOME forever. 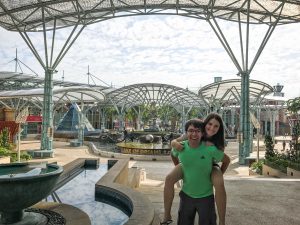