For Gideon | The Email We Didn’t Want to Get
15791
post-template-default,single,single-post,postid-15791,single-format-standard,ajax_fade,page_not_loaded,,qode-theme-ver-10.1.1,wpb-js-composer js-comp-ver-5.0.1,vc_responsive

The Email We Didn’t Want to Get 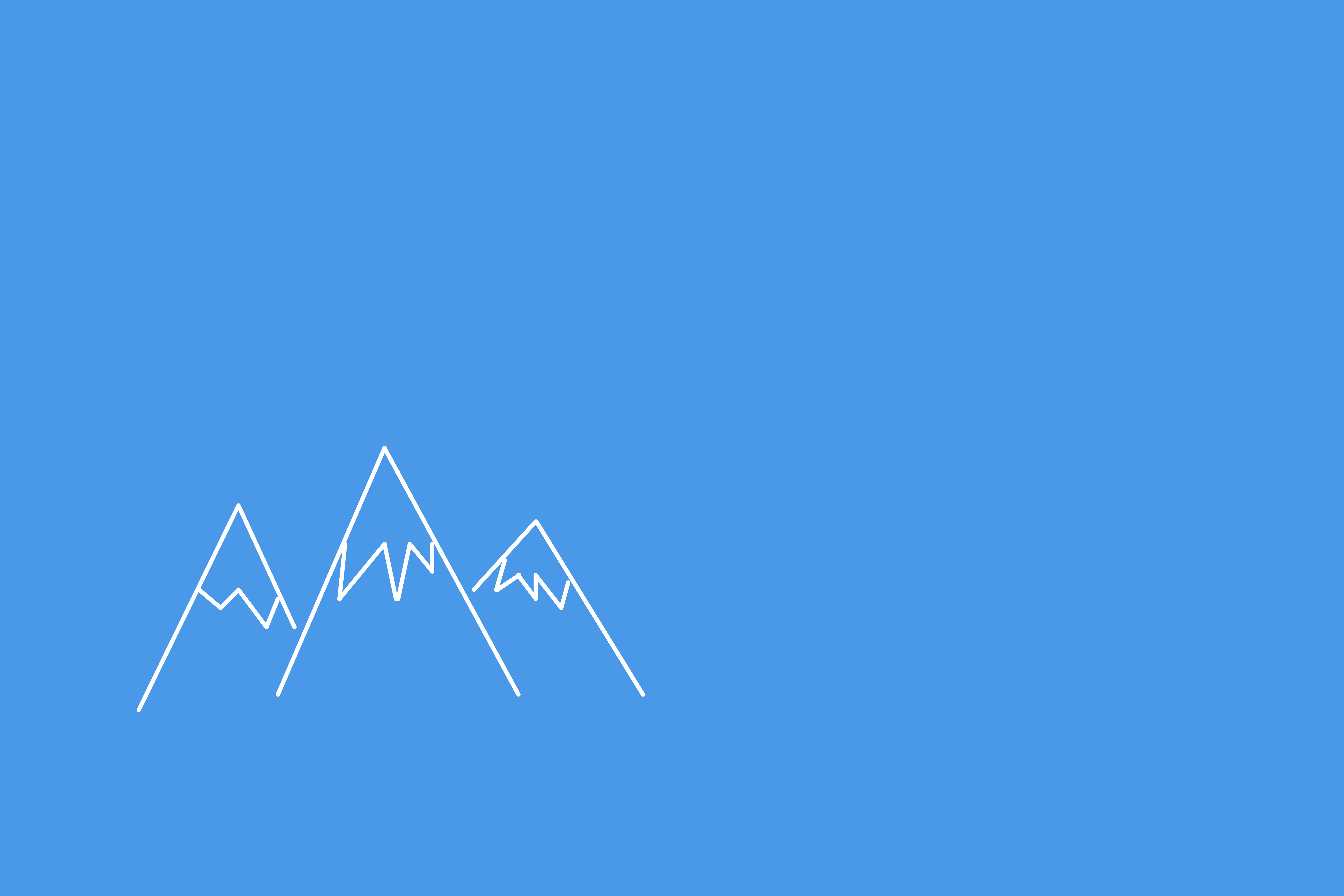 07 Sep The Email We Didn’t Want to Get

My heart seemed suddenly stuck in my throat. I skimmed the email once. Then twice. Then again and again. “Does express some concerns…some concerns…some concerns…” I could hear the words echoing in my head, spinning around and around. There was nothing more, no hint of what “some concerns” might be. But our agency was having a report and a few videos overnighted first priority, so I knew it wasn’t good news. Slightly dazed, I first texted Brian, and then I typed out a quick message via Instagram messenger and hit send.

A few minutes later a message came back with a phone number: can you call me?

It was Amanda. I had never met Amanda (still haven’t actually), never even talked to her on the phone. We somehow got connected over her adoption posts on Instagram, and we started talking because she had the coolest shoes on the planet and I wanted to know where she got them. I was an avid reader of her blog, and I knew she had received a similar call during the recent adoption of their precious little boy from Korea.

Nervously I dialed her number, and the sweetest person picked up the phone, a person who spent more than an hour of precious nap time talking me through the day they got The Call, and then the days and weeks following: What they did and what she wished they would have done to expedite the process. How she felt when she met her son. How she feels now. How she knew exactly what I was feeling at this moment, and how lots of people would not know, and how that’s okay.

I hung up the phone, so thankful for Amanda and her willingness to share this journey with us. I still had a lot of emotions going on, but mostly my heart hurt, hurt painfully deeply for our son on the other side of the world.

Our son. The realization was enough to release the tears I had been holding back, and I sat in Gid’s room holding his baby blanket and just cried. I didn’t know what “some concerns” meant. I didn’t know what question marks and ugly diagnoses were ahead of us. The future was suddenly very scary and overwhelming and unclear. But deep down I felt a deep peace, a deep confidence that Gideon was still our son. We’d take on the world together, the three of us.

Brian got home later that evening, and we processed the email together. He, too, was sure Gideon was our son. He had always been sure, had said the first yes on Referral Day and was saying the first yes now. So, with only that truth to hold on to, we waited. 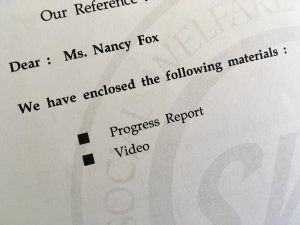 Yahweh your God is among you, a warrior who saves. He will rejoice over you with gladness. He will bring you quietness with his love. He will delight in you with shouts of joy. – Zephaniah 3:17

We had told only a few people we were expecting hard news, and I woke up to messages from Hannah and McKenzie, two other mamas waiting for their Korean babies. Hannah had sent this Bible verse, and McKenzie had typed out prayers just for us, just for today. I took a deep breath and repeated the words that meant so much: “He will bring you quietness with his love.” Brian echoed those words throughout the day, texting me to make sure I was okay. He’s good like that.

I finished up a call and peeked my head out our front door. It was here. I snatched up the envelope labeled “Extremely Urgent” and ripped it open as fast as I could.

And I immediately started weeping. I could barely get through all the ugly words on the report in my hands. These weren’t “some concerns” about Gideon’s development. He was hitting 6 of 25 milestones for his age group. At almost 2, he wasn’t walking, wasn’t talking, and had all but fallen off the growth chart.

Then there were the videos. Videos with commentary like “significant delays” and “needs to be evaluated.” I eased to the floor and just cried again. We knew he had had question marks and would probably always have question marks, but he was fine 2 months ago. Or so we thought.

What happened to my smiley little boy who, just a few months ago, was mostly on target? Where was the little boy who interacted and responded and glowed under the affection of his social worker and foster mama? Where was that precious laugh of his? Where was he?

The cover sheet was simple: Enclosed is a video taken in May 2017. Please remember to share with your doctor.

So I did. I sent it off to not just our international adoption specialist, but to two of our friends as well, a pediatric physical therapist and a psychologist. I knew our friends couldn’t give us a professional evaluation – or even a “professional opinion” – without having him here, but I just wanted to know their thoughts. Maybe deep down I was trying to cover all of our bases, but I think I was just desperate. Desperate to know our little boy wasn’t broken.

Over the next few days, we had serious but encouraging conversations with each of the specialists we had consulted. And each and every one of them started our time together by talking about how cute he is and all of the positive things they were seeing. Y’all, that meant the whole world to this mama’s heart. It meant the whole dang world.

See, my background is in psych nursing, so I’m not entirely unfamiliar with developmental milestones and working with families in the midst of big diagnoses and big decisions. But when the tables were turned and I was a mom first and a nurse second, it was easy – with a scary report in front of me – to focus on the ugly stuff. It was easy to take all of the scary phrases in his report and extrapolate them to big diagnoses. It was easy to miss the smiles and the laughs the videos did capture and assume they had all disappeared. It was easy to see the delays and forget that Gideon is still the most handsome little boy I’ve ever seen.

So having our two friends focus first on who Gideon IS instead of what he can DO (or can’t do) changed everything. The fear started to subside and I started seeing all the little glimmers of hope in our little boy. I saw his curiosity, and how not walking hasn’t slowed him down one bit. I saw the way he smiles and looks at foster mom, the only person in any of the videos he has a significant relationship with. Despite the language barriers, I heard him mimicking sounds and mimicking behaviors he has obviously seen before. He feels textures constantly. He studies everything. He puts his ball in the seat of his glider swing and swings it until the ball falls out, and he laughs. He laughs, and you guys, my heart just melts all over the place every time.

We don’t know exactly what the future looks like for Gideon. Despite the very positive reports from all the specialists we worked with, we have no guarantees that he will do all the things we planned for him to do. It has been hard getting used to people now calling our adoption a “special needs adoption,” because in our hearts we believe confidently that, with a little bit of therapy and a lot of patience, he will one day walk and talk and thrive.

And even with all of the question marks, we know, without a shadow of a doubt, that his future is bright. That our future is bright, together, because of grace. Gideon’s mom could have said no to giving him life. We could have said no to adoption. We could have specifically said no to his adoption. And especially now, in light of the news, we’ve fielded a lot of questions like: Can we back out? Can we just “pick another kid”? Do we have to move forward? Does this change anything?

That last question has been mysteriously comforting to me, especially in asking myself and our agency why it took two months to hear about his delays. It’s comforting on the days when we still haven’t received the updates we’re waiting for. Does it change anything?

And the answer is simple. We had the opportunity to say no, but once again we’re saying yes to Giddy. We’ve seen God move mountains, and we believe He will again. And if not, Gideon is still our son. 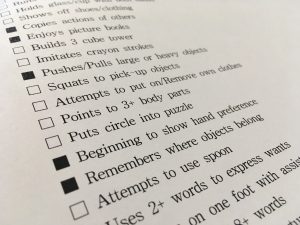 For those of you who haven’t heard our adoption story, Gideon is actually named after the little boy we sponsored, the one who made us fall in love with adoption and orphan care around the world. That said, more and more we are falling in love with the story of Old Testament Gideon too and excited that we were led to that name. We love seeing how God took a very ordinary man named Gideon – a very timid and unsure man who repeatedly asked God for signs – and turned him into a mighty warrior. God didn’t give up on Old Testament Gideon, and He won’t give up on our little guy either.

In the book of Judges, Gideon and his men invade an enemy camp. They shatter clay pots and light up the night sky with their torches, and as they run forward they shout, “For the Lord and for Gideon!” Our adoption tribe is like that army. Together we pray against the fear and the question marks. We celebrate. We break down walls to get to our little boy, for the Lord and for Gideon. I think back often to the verse Hannah sent me last month: “Yahweh your God is among you, a warrior who saves. He will rejoice over you with gladness. He will bring you quietness with his love. He will delight in you with shouts of joy.” And we believe it, friends.

“For the Lord and for Gideon”

And in case you want to join us, here’s what we are praying over our little warrior these days:

1. That God moves in Gideon’s adoption process. It takes a small miracle to move any faster through the 3-4 months between us and our son, but we are praying hard that we can have our little guy home by Christmas so we can start therapy as soon as possible.

2. That we can get him Pediasure by the end of the month. It’s possible our agency will end up providing it soon, which is ideal. But if not, we still need approval from his social worker, potentially his doctor, and customs. Or we need to find someone in South Korea willing to purchase the Korean alternative and deliver it safely to the agency in Seoul.

3. Safety for South Korea. Unless you’ve been living under a rock, you know things are pretty tense with North and South Korea right now. We’re told this has been going on for decades and that people in South Korea are actually extremely calm right now, but it’s still scary to know our son is right there. So pray for his safety.