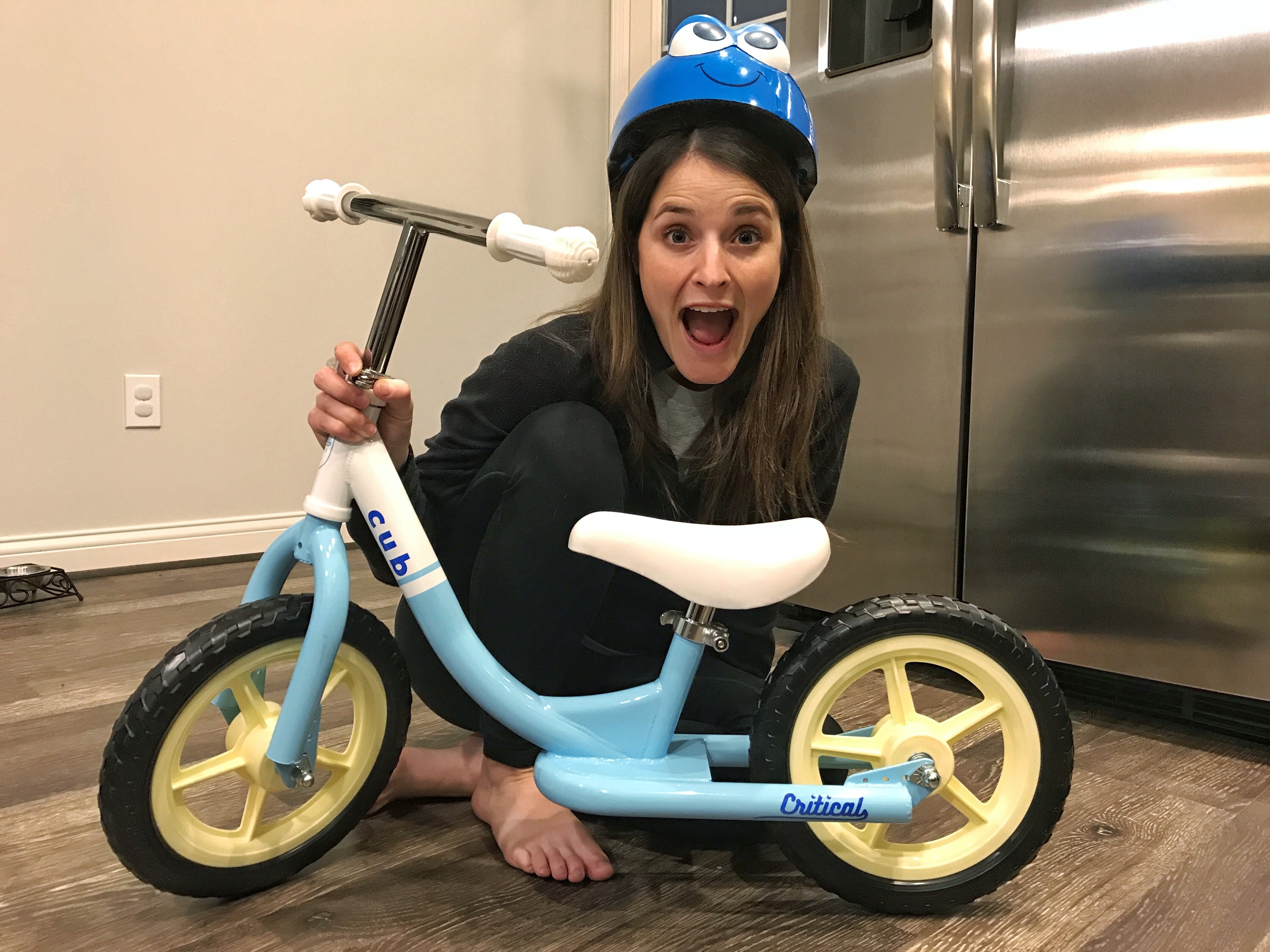 Rewind the clock three months, almost to the day. We were at Aling Aling Falls in Bali, and I was sitting on a stone platform having one of the biggest internal debates of my life. Our friends really wanted to go waterfall-jumping, but I did not. I am in zero ways a risk-taker, I’m terrified of heights, and it was all I could do to even finish the dang hike up to the falls. This was not at all my idea of a great day.

But there I was, sitting on a stone platform for what felt like hours, willing myself to have the courage to jump. I fought, I struggled, I tried to reason my way out of it. But against every fiber of my being, I suddenly stood up, walked slowly to the edge of the platform, and in a moment not even Brian predicted would happen, I jumped.

There was this half-second pause, just as my feet finally left the platform, where time seemed to stand still and my brain worked with utter clarity. I had either just made one of the best decisions of my life or one of the worst, but I was banking everything on this tiny piece of my heart that believed the risk would all be worth it.

I got a raging ear infection, but that moment was so worth it.

Looking back, I’m pretty sure God was laughing hysterically as I stood on that platform, knowing this was only the first of many, many times in the coming days I would feel like I was jumping off a waterfall. Because four days after we got home from that trip, we received the first report saying Gideon was delayed.

A few of the videos from that report were so ugly, we shared them with literally 2 other people before I hid the DVD deep in the stacks of adoption paperwork and Gideon’s files, hoping I never had to relive those 11 minutes ever again. We called our agency and answered the hard question: Do you want to move forward?

We said YES, and we jumped off a waterfall. It was that same moment – that same half-second-time-stands-still moment – where our feet left the platform and we had nothing but our belief deep down that it would all be worth it.

One month later. Another report, this one uglier than the first. Another call with our agency, another decision.

“I know you’ve consulted with specialists and it looks promising that he might walk. But we really need to talk about the scary stuff, because if you are thinking you’re ready to move forward, Korea is going to want to know that you’ll be his parents no matter what. And the truth is, we don’t know what’s wrong with him. He may never walk. He may never talk. Nothing certain has come back from his medical tests. So I need you to tell me for the record: Are you okay if your son never walks?”

Are you okay if your son never walks?

And again, we said YES to Gideon. Again we jumped off the waterfall, holding on to a tiny sliver of hope that it would all be worth it.

We began preparing for his baby shower. We registered for a balance bike and Finding Dory helmet. We knew he might never use them, had been told to expect the worst and hope for the best, but we registered for the bicycle. And in my heart, I prayed that one day we would watch him soar down the driveway on his bright blue bicycle with his ridiculous fish helmet.

Then last month. Another report, still worse than the one before. It said Gideon wasn’t making eye contact. It said he wasn’t following simple commands, initiating meaningful interactions, or responding to his name any more. At 20-months-old, he still wasn’t walking, wasn’t talking.

Our agency set up another serious phone call. That was the day we said our biggest YES yet, jumped off our biggest waterfall yet, felt the biggest free-fall yet. And that was the day we found out our buddy’s paperwork had not been submitted to the Ministry. We would be delayed 3 more months, and the reports weren’t good.

I felt like we were falling. I didn’t understand why God would bring us to this place just to leave us here. God had asked us to jump, and we had jumped, but I was losing hope that this time it would all be worth it.

But our God is a God of miracles.

Last Monday, we got a call from our agency. Out of the blue, Korea sent video updates of our son. And this time, for the first time in months, there was something to celebrate.

Because Gideon was walking.

And y’all, I have never been more proud of anything in my entire life. I wish I could show you all those 17 seconds of pure miracle. I wish I could shout it from the rooftops! But for now, just know Gideon is the most perfect little waddling bundle of joy! And he actually has hair again, which is a big win in this mama’s world.

(And if you really want to see him for yourself, ask to join our secret Facebook group and we’ll get you added.)

Yesterday, the UPS man delivered Giddy’s bicycle. And I cried, because I knew one day he would actually ride it down the driveway, sporting his ridiculous fish helmet.

Many days and minutes and decisions since that day in Bali have felt exactly like that half-second when my feet finally left the platform, and every time my breath catches in my throat and I remember we are banking everything on a hope we cannot see, cannot feel, cannot snuggle.

But looking back, I hardly recognize that shaking person sitting on a stone platform halfway around the world, fiercely trying to rationalize jumping off a waterfall. Because, you see, we didn’t plan for any of this. This was in no way our plan or what we thought our life would look like. We were “supposed to” have a “normal” little boy home by Christmas, and there have been so many moments when I feel like we should be freaking out.

But we lost our plans and expectations a long time ago (more like I threw them at God and said, “Fine then, whatever, take them”…we’re hoping Gideon takes after his calm, patient father ;)). We lost our own plans when we – against all odds – fell in love with a tiny little boy 6700 miles away. And God has changed our hearts until we almost don’t recognize ourselves or the dreams we thought we wanted for our life anymore. Because now our dream is for Gideon, whatever that looks like and whatever that means.

And on the hard days, on the days when my breath catches in my throat and our feet leave the platform once again, I remember that we might not be able to see either of them, but we are banking everything on a very tiny boy and a very big God. A very big God who specializes in miracles.

And our miracle rides a bicycle.