For Gideon | Journey to Gideon – Part 4 (The Day We Met Our Son Again)
16203
post-template-default,single,single-post,postid-16203,single-format-standard,ajax_fade,page_not_loaded,,qode-theme-ver-10.1.1,wpb-js-composer js-comp-ver-5.0.1,vc_responsive 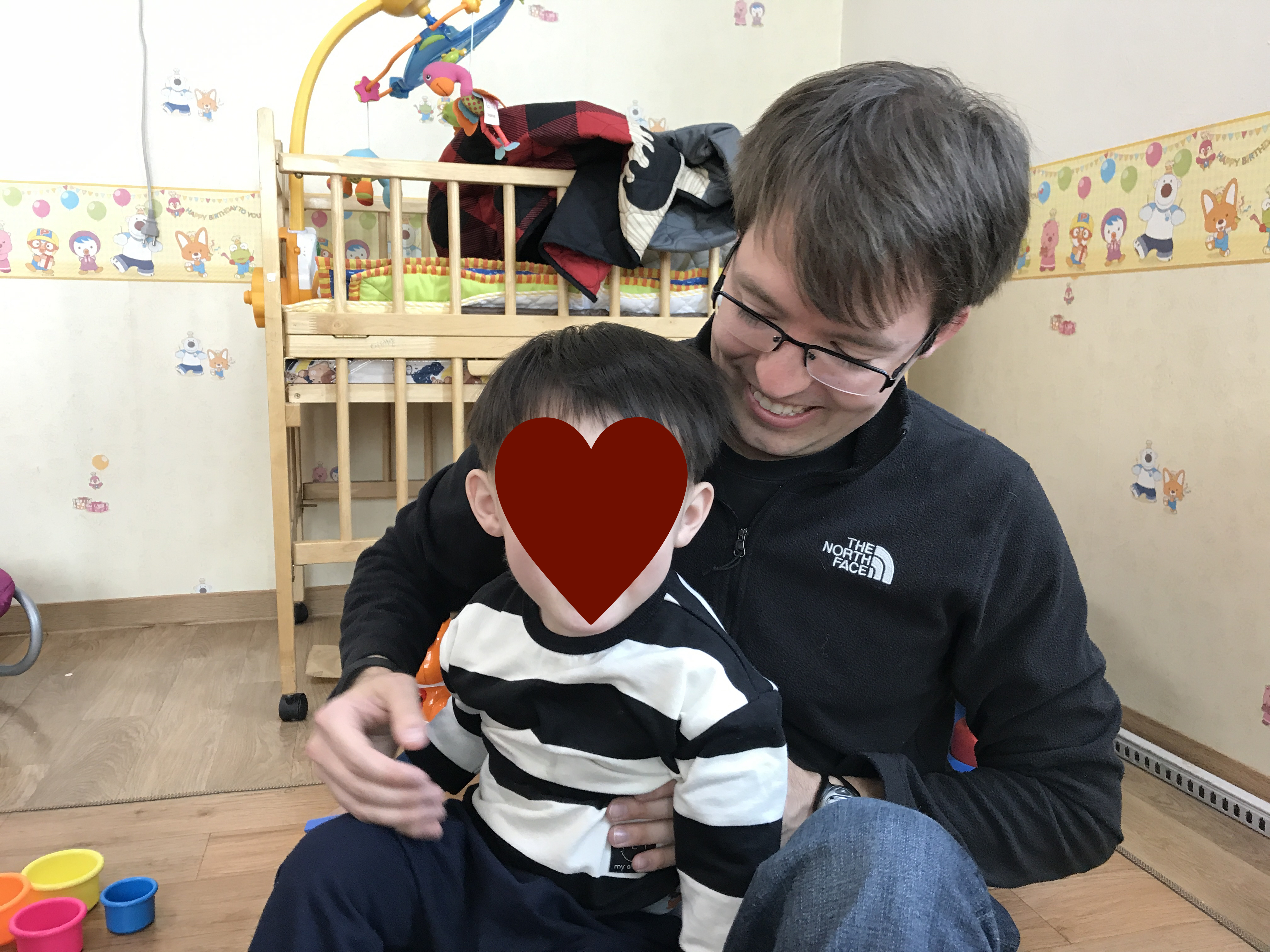 We had our second visit with Giddy on Wednesday, March 7, this time in the playroom at SWS. We arrived about 15 minutes early, and foster dad was standing outside. He recognized us and waved us over so excitedly, motioning for us to go in. Our social worker let us have the extra 15 minutes with our son, which was such a gift! 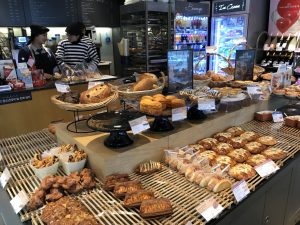 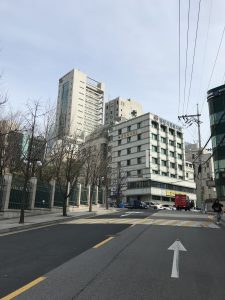 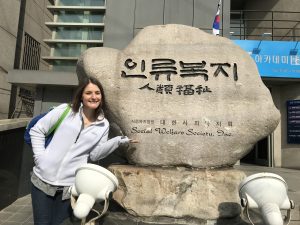 Our social worker told us that last week was the first time Gideon had NOT cried at the agency, and especially given that he doesn’t like strange people or situations, he did amazing! Foster mom left us alone with him after the first five minutes or so in the playroom to see how we all reacted to each other, and as soon as she left the room, his little lip started quivering. But he let me pick him up and hold him, and that was enough to comfort him and keep him from crying. We very quietly looked out the window for about 10 minutes until he felt more comfortable, then we both sat on the ground together – he was as close to me as he could physically get – and he held my hand as he continued to take in the room around him. 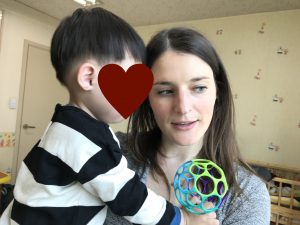 A few minutes later, he reached out and took Brian’s finger, and a few minutes after that, he started his little side shuffle slowly around the room, studying just about every inch of that room. 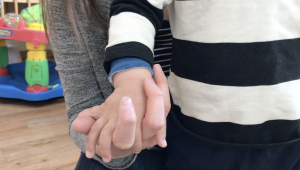 All of a sudden, he gave us the first big smile of the day, the kind that makes his eyes disappear and his face completely light up! After that, he couldn’t get enough of playing with Daddy! And we couldn’t get enough of his belly laugh. Brian would slide him back and forth across the floor, and he would just laugh and laugh and laugh, and we would just keep doing whatever it took to make him keep laughing, because his laugh is the best sound in the whole world. 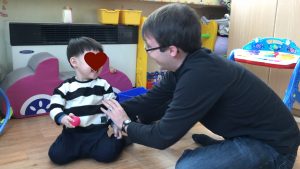 Gideon is very curious, studies everything, and is quiet but determined. He will zero in on something from across the room, and then he will determinedly walk straight over and explore whatever it is that caught his attention. He loved to see what sorts of surfaces would allow his ball to roll faster, and it was so amazing to watch him study everything in the room. He’s very calm, babbles when he’s really excited, and has the cutest shuffle when he first inches toward something new. He especially loved the pull-back car and being tickled as Daddy scooted him back and forth across the floor! 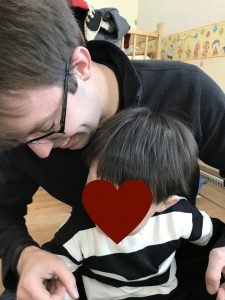 Foster mom and social worker came back at the end of our visit, and still he sought us out, often looking up or motioning to Brian expectantly to get him to slide him across the floor again. And again, he just laughed and laughed and laughed! 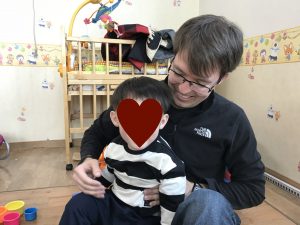 We rode the elevator down with his Omma and Appa, and then we watched them buckle our son into their truck. We rounded the corner before they could see me cry. Handing Giddy back and walking out the door of our agency was the hardest thing I’ve ever had to do. I didn’t know it was possible to miss someone so badly when you had only met them for two hours, but the fierceness with which we love this kid has surprised even us. He truly is incredible.

After our visit, we made our way to Lotte World (many families in our adoption circles have pronounced it “Lottie,” but we realized it’s actually LOH-tay. I’m really not sure how many people we asked about “lottie” world before we found it, haha). It’s like a huge department store, but also an aquarium and lookout tower and movie theater (imagine an American mall fused with PetsMart, Target, and an amusement park). We looked around just a bit and purchased a few gifts for friends. I wish I had felt better so we could have really explored Lotte, but I started to feel pretty terrible pretty quickly after leaving Gideon. 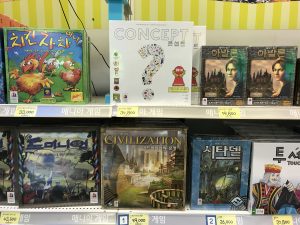 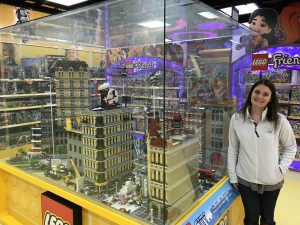 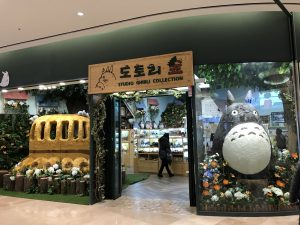 We returned to Jongno for a short nap before taking the subway back to Hongik University station. The Hongik University area is vibrant and exciting, full of restaurants and street artists and college students.  We ate dinner with our friends Beth and Jordan at an all-you-can-eat Korean BBQ place called “Meating,” and then we explored the streets before we finished out the night at Sulbing. 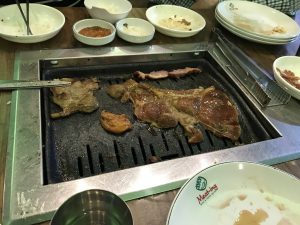 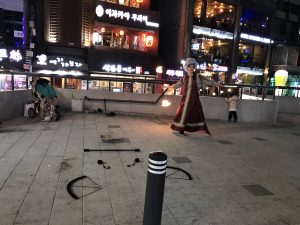 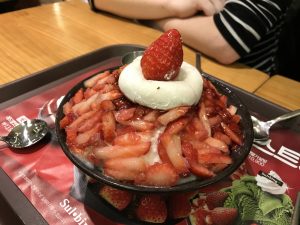 Sulbing is a Korean dessert café famous for bingsu, which is like shaved ice, but the base is milk instead of water. The shaved milk is then topped with chocolate, strawberries, or any number of things, some tasty and some…we’ll just call them interesting! Even the options we would consider “normal” came with a layer of red bean paste, which is a staple in Korean desserts (and one I just can’t find a fondness for). But Jordan took one for the team and ate all the red bean paste for us, haha! The rest of the bingsu was delicious, much like what you expected “snow cream” to taste like as a kid but it never quite did. We highly recommend splitting these things with friends, though, as the bingsu we tried was enormous! 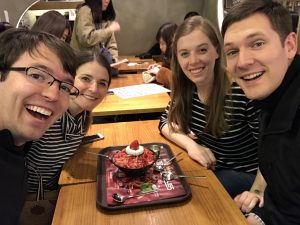 As we’ve mentioned, our AirBNB was in an amazing location with the perfect amount of amenities, especially at $40 per night! But unfortunately the neighbor smoked (smoking was far more common in Korea than I expected), so at 11:00 p.m. on the night before court, in the rain, with 2 suitcases and 3 huge bags in tow, we moved to a tiny studio apartment at Top Hotel and Residence in Insadong, about a half mile away. I wish we had a photo of this place, because it was so tiny we just had to laugh! But for us, it was perfect, and we settled right in and fell asleep. 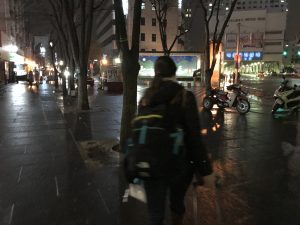