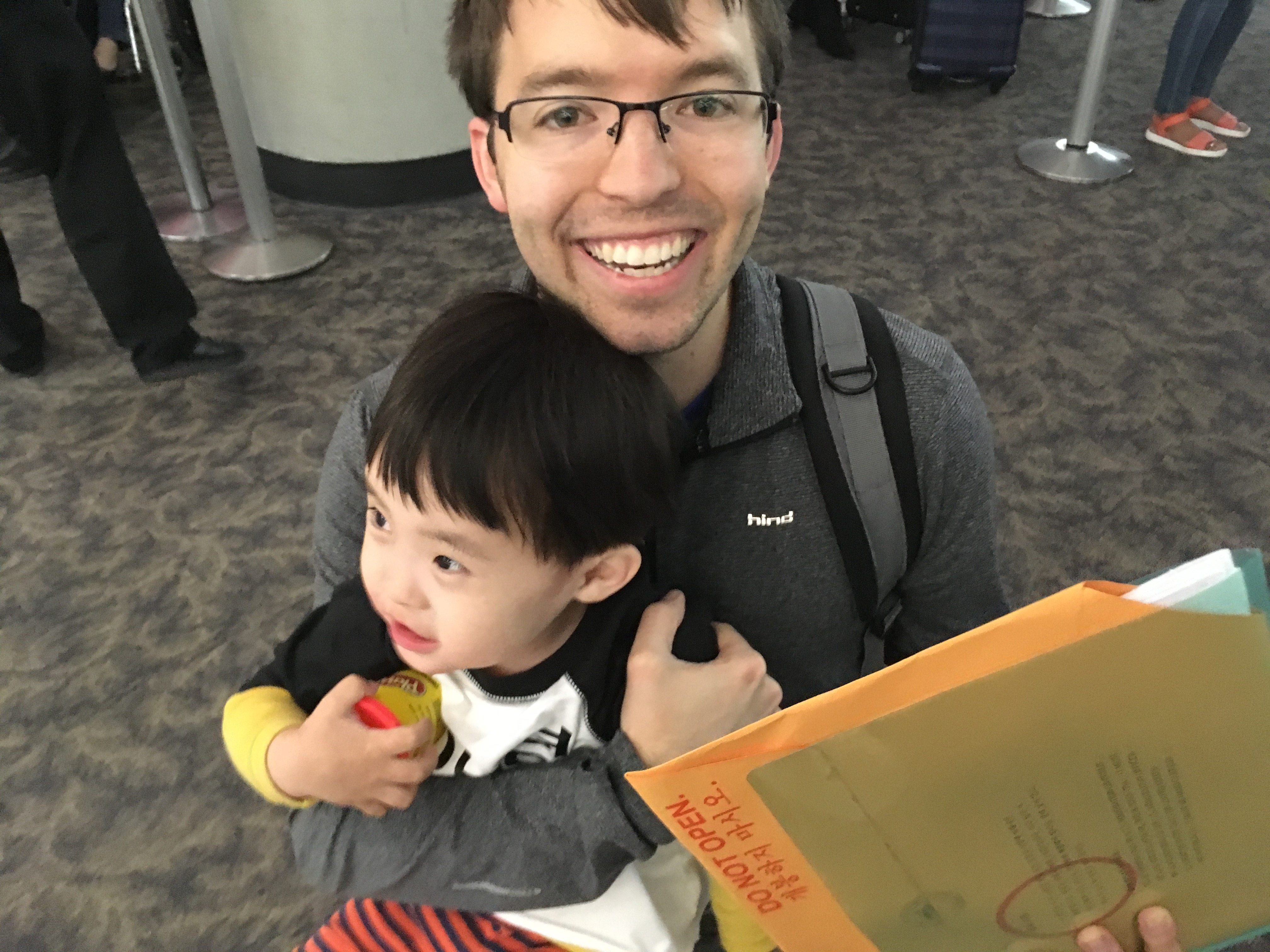 We genuinely thought the adoption paperwork was over once we got home. Now we’ve learned to laugh at paperwork, because I’m pretty sure it never truly ends, haha.

We came home from Korea to find we not only had one final mountain of documents to work through, but also that most of the agencies and offices we had to interact with had no idea what they were doing. The post-adoption process varies by state, and Kentucky’s “process” is confusing and inconsistent at best. We were told Kentucky doesn’t do true “readoption,” and yet a family we know hired an attorney and had a judge write up an adoption decree, which is the “readoption” part of the process. We haven’t been able to find an attorney who knows anything about readoption in our area, so we gleaned as much information from various Facebook groups as we could, and then we followed these steps (in this order, if it helps). This should be obvious, but take our experience as a guide, not a rulebook. It’s entirely possible we’ve missed something, or that what the Social Security office or the circuit court took from us may not work for you.

Alright, we’ll start with the easy stuff. Gideon’s adoption was technically final when we left Korea, and he technically became a citizen the moment he landed on US soil. We received a “certified” copy of the Seoul Family Court Order declaring Gideon our son as part of our custody paperwork, although, just to be transparent, it looks terribly unofficial. Like the cover sheet literally says “THIS IS NOT A COPY” but it looks very much like a copy. Prepare to get funny looks (or have agencies turn you away) because of the court order. I think this is why “readoption” (i.e. getting a US court order for adoption) is a great option if you can find an attorney familiar with the process!

We automatically received Gideon’s Certificate of Citizenship (COC) in the mail about 6 weeks after we arrived home, which had him listed as KOREAN NAME AKA GIDEON JAEWON TROYER. This was super helpful to link his Korean court paperwork with any English document as we received them, so we took his COC to each of the appointments below, even if they didn’t ask for it.

Even though our immigration paperwork was marked to also have his Social Security Card sent automatically, we did not receive one for Gideon. Most families I’ve talked to did automatically receive a Social Security Card – in their child’s Korean name – so they just needed to do a name change only. We had to start from scratch, so our process may be a little different than most.

1. Social Security Card: Brian went to our local Social Security office (Middletown is the closest for us) and was asked for Gideon’s “Kentucky birth certificate,” which we didn’t have, because we had called ahead and had been told we needed his Social Security Number before we could get his Kentucky Certificate of Foreign Birth (which I don’t think is true, in hindsight). After multiple staff and multiple trips, this is what they finally accepted to start the process for Gideon’s Social Security Card: 1. Certificate of Citizenship, 2. Korean passport, and 3. Certified copy of the final Seoul Family Court Order (must be hard copy, digital was not enough). Keep in mind, this was to file for a Social Security Card from scratch, not to change the name on an existing card, which is what most families have to do. You’ll also want to double check that the Social Security Administration has your child listed in the system as a “citizen” and not a “resident alien.” This process was free.

2. Legal Name Change: This was done at our county circuit court office. You can find the form HERE. Some counties require an actual court hearing, but our county (Oldham) does not, unless requested by the judge. Our friends in Jefferson County did have to appear in court. Our process was $91.50 (this varies by county) and took about 2 days to get the official name change document in the mail.

3. Certificate of Foreign Birth: You can mail off the forms to Frankfort, but there is no way I would ever release our original and only copy of Gideon’s COC, especially to the government! So we drove to the Office of Vital Statistics in Frankfort. You’ll fill out a birth certificate form (Form VS-37; which is online or in person…we chose in person while we were waiting in line, and most of the form didn’t apply, so we left a lot of fields blank!), as well as a Foreign Birth registration form (Form VS-56; which they provided in person and told me was not available online). You will also need to bring specific documents, which you can see on the instructions they gave me (in person) HERE. I had called earlier that morning, and a staff member told me I only needed a photo ID and $10. This was wrong, so we ended up making two trips, because we needed our own certified birth certificates out of the lock box. If you were both born in Kentucky, you can wait in line and pay $10 each to get copies of yours, and then turn around and have what you need for your child’s Certificate of Foreign Birth. But Brian was born out of state, so we had to make the second trip. The Office of Vital Statistics also made a copy of our legal name change form from our county (see step 2) and his COC. We ordered 3 copies of the Certificate of Foreign Birth, and they were $10 each. We were handed the copies on the spot.

4. Registration of Foreign Birth: You can mail THIS FORM (Form DPP-188), and I’m told they do accept color copies of the required documents to go along with this form instead of the originals. However, the Cabinet for Health and Family Services in the same building as the Office of Vital Statistics, so Brian dropped everything off on his second visit to Frankfort. He said the person at the front desk had never even seen this form before, but we eventually got to Lori Fitch. She was the one who eventually took our forms and knew exactly what to do. We received 3 copies of Gideon’s registration of foreign birth in the mail maybe 2 weeks later. This process was also free.

We also intend to get Gideon a US passport, since they don’t allow you to have two copies of your COC, and I don’t want to carry our only copy when we travel anywhere. But we haven’t made it that far quite yet.

Lastly, this isn’t required, but we also filed with USCIS to request Gideon’s original immigration documents back. There isn’t a practical purpose for requesting these documents, but we did find out Gideon’s birth mama’s full name and birthdate, her family registry number and Gideon’s family registry number, and the address of the hospital where Gideon was born by filing with USCIS. So I highly recommend it! You can find more about this process HERE.