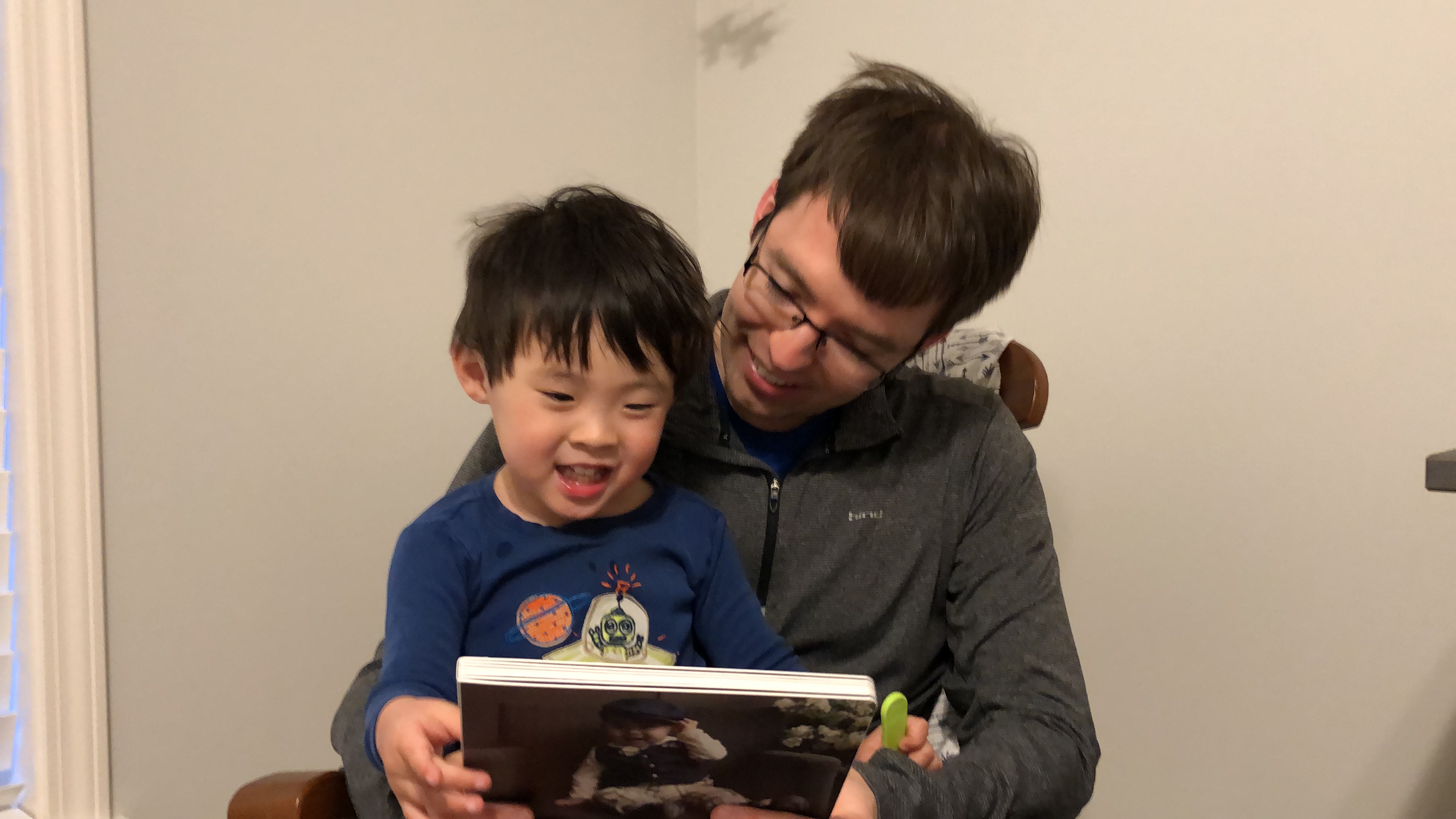 While we were still waiting for Gideon to come home, another mama mentioned a form called G-884 (“Request for the Return of Original Documents”) that we could file with the United States Center for Immigration Service (USCIS) once we got home. USCIS is the agency that processes our kiddos’ immigration paperwork (like the I600 for South Korea, or I800 for Hague countries), and, as this mama explained to me, allows families to request the return of all immigration documents via Form G-884 once citizenship has been processed. We were encouraged not to expect much, as about half of the families in the post-adoption circles I’ve talked to only received copies of paperwork they already had.

To be honest, between the low probability of learning something new and it not being required, I forgot all about Form G-884 for the longest time. But finally, about 9 months after we got home, something jogged my memory, and I decided to fill out the form. Just in case.

More than two silent months later, I came home to an envelope from USCIS. Having been encouraged to expect nothing new or exciting, I tried to temper my expectations. But with shaking hands, I opened the envelope and discovered that USCIS was able to track down precious documents we hadn’t seen before, including family registry forms with birth mama’s full name and birthdate, her family registry number, our son’s family registry number, and the hospital address where he was born (so we were able to find a photo of the hospital online). It also had the original, un-redacted “consent for adoption” his mama signed and the form granting guardianship to our agency. Oh, and there was a form we signed after we met Gideon, but nothing newsworthy there, haha.

What’s more, the envelope “just so happened” to come on our first “Giddy Day” home (April 2, the day we officially became a family of three). So as we read Little Bud his toddler life book for the very first time, snuggled up next to him just before bed, we also had the gift of whispering his birth mama’s name out loud for the very first time. And then, in one of the most amazing, incredible moments of my life, we got to pray for her by her actual name. It was the perfect way to honor our first anniversary as a family, a tangible reminder of our story together. The heartache. The loss. The not supposed to be this way. The grief. But also the hope. The grace. The overwhelming joy Gideon brought into this world because of his first mama, and the joy he continues to bring to the world because that joy was tended and fiercely protected by his Omma and Appa.

A reminder of the big God and the little boy who unite us all together in a crazy love story, in something bigger than all of us.

[Side note: No, family and friends, we will not share Gideon’s birth mama’s name with anyone, as that’s his information to share when and if he wants to. Just trust it’s a beautiful name, and we count it a gift to be able to share it with him.]

FILING FORM G-884: “REQUEST FOR THE RETURN OF ORIGINAL DOCUMENTS”

Soooo just in case it’s helpful for other families to learn more about their kiddo’s Korean family, I wanted to put together this post!

First, a disclaimer: I believe what USCIS is able to return is directly limited to what was submitted to them, which likely varies by agency. As far as I know, they didn’t contact anyone outside of USCIS. These were just documents submitted as part of the I600 and immigration processes that happened during the adoption and at the airport coming home. That said, try not to get your hopes up too much, particularly if your child came home before the Korean Adoption Laws that took effect in July 2012, which required birth mothers to register their child on their family registry.

You can find Form G-884 “Request for the Return of Original Documents” HERE. It looks like an electronic submission process is in the works, but we printed out and mailed the form.

I was told USCIS follows the “specific information about desired documents” you write on the form very, very closely. You can see on the form they returned to us where they put X’s or checks next to each thing on this list as they reviewed our form, so I imagine that is true. Here’s what we wrote under the description of desired documents: “I am writing to request all documents concerning my child’s adoption and immigration (child’s name: [Full Korean Name AKA Full American Name]). This may include (but is not limited to): any birth certificates pertaining to [Korean name] or the birth mother (last name X), photos, Seoul court order, medical paperwork, or [child’s name] footprints/fingerprints.”

In hindsight, I would have added a note about family registry info, but our officer included those documents anyway!

On the last page, we chose “swear” versus “affirm,” but I have no idea the actual difference. We did have the document notarized. And as proof of my relationship/identity (as I put my name on the form as Requester), I submitted color copies of my driver’s license, the identification page in my passport, and a copy of the Seoul Family Court order showing the finalization of Gideon’s adoption. I believe I also included a copy of Gideon’s Certificate of Citizenship and his Korean passport, but I forgot to make a list! Just be sure to submit all requested identification documents.

Finally, I’m still not sure we sent it to the right place, but it obviously got to someone who knew what it was, so I thought I would post where we sent the request, just in case you also don’t know the last office who processed your case!

And the return came from:

We also filed a request under the Freedom of Information Act (FOIA), which gives you a specific address to which to send the request and also allows you to see online status updates. We didn’t get any super fun surprises from filing under FOIA like we did with the G-884 process, but we had all of our immigration paperwork returned from throughout the process, and we got a copy of our boy’s immigration physical. The physical was, of course, outdated by the time it got to us (because we had been home a year at that point), but a transcription error on the immigration physical led to us to do a medical test we otherwise wouldn’t have done that ended up being helpful. So it was still very worth the few minutes it took to fill out the free forms! You can find more information on requesting information under the FOIA HERE.